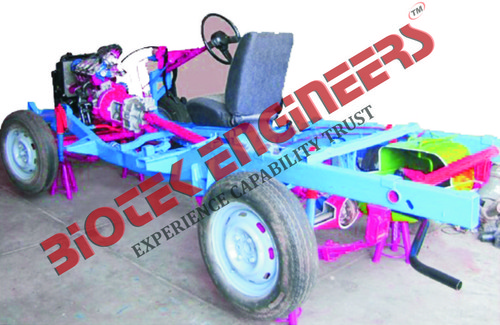 FUEL SYSTEM : The Fuel tank is cut to expose the mounting of the level sensor and the position of Fuel section. The system is complete with mechanical Fuel pump.

EXHAUST SYSTEM : It consists of Exhaust Manifold and silencer in cut section to explain internal construction.

LUBRICATION SYSTEM : It consists of the engine Lubrication system along with the Lubrication oil pump is suitably sectioned.

This will explain both the Hydraulic Suspension systems at the front and the leaf spring Suspension at the Rear. One of the hydraulic arrangements of Suspension mechanism is highlighted (with shock absorbers) and explained cut section ally.

The Hydraulic or Air circuit Brakes. The movement of the Brake Shoes on operating the brake pedals can be seen in the area where the Brake drum is cut. The front and rear brakes will be operational.

The can be seen and included in the Steering wheel. Steering gear box and coupling of the same to the wheels will be shown by rotating the steering wheel, the operation of the steering system can be demonstrated.

The entire system will be mounted on the chassis, and suitable mounting option with caster wheels will be provided for easy movability. 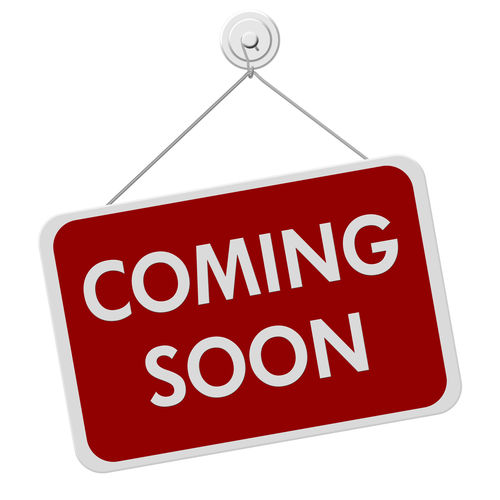 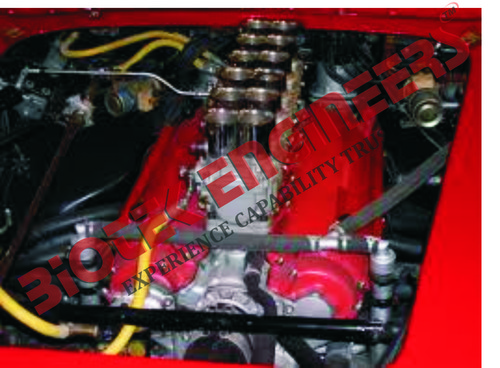